Fashion For Life is Open !!

Fashion for Life is the fashion arm of the Relay for Life movement in Second Life supporting the American Cancer Society, the formerly known as RFL Clothing Fair, but now directly supported by ACS. This year the fair includes not only clothing designers but also skins, eyes, tattoos, hair, shoes and much more... and since its directly supported by SL and the organization is entirely volunteer driven, 100% of the funds raised are presented as a charitable donation to ACS from the residents of Second Life. 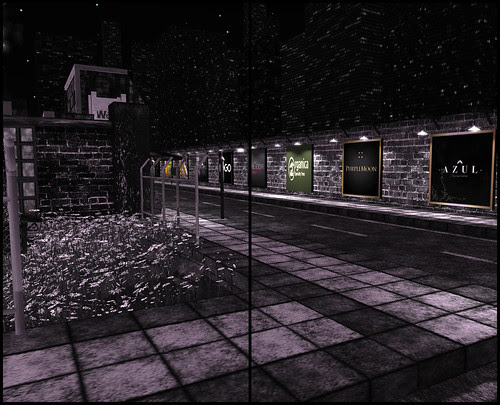 Shulman, sponsored by :. WoE .: and built by Nigel Riel.
There is also a big list of VIP Sponsors that includes: Aleida Designs, Alienbear's, arcspace.com, Azul, Beau Bodyshop, The Best of SL Magazine, Blacklace, EMO-tions, G Field, Fashion Boulevard, Gutterpup, Kungler's, LeeZu!, Logo, Morea Style, PurpleMoon, Sophistishapes, Surreal Estates, Tres Beau and Organica.
Regarding designers,you can view a list of the participants in Fashion for Life by sim here, but of course I recommend you to visit each and every single sim and check out for the many beautiful creations they have designed following the "beyond black and white " theme to benefit Relay For Life.
Sadly I lack the skills to design anything in SL, the only way I can participate is promoting all the wonderful creations available at the fair, therefore, for the next few days I will be showcasing here some of those items raising money to benefit the American Cancer Society, it's your turn to go shopping!
/hughug
Giela
Posted by Giela Delpaso 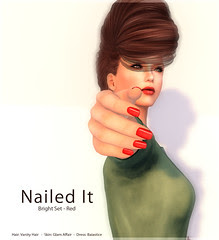 Nailed It provides high quality HUDs for Belleza, Maitreya and Slink avatar enhancement series. All textures are hand crafted and unique. Designs range from the most classy and fashionable trends to goth, artistic or fantasy creations.


Now Nailed It sells mesh nails too! Each package includes an easy to use one-click HUD to choose your design according to your style or mood.

Hope you enjoy my designs. ｡◕‿◕｡

You should also visit